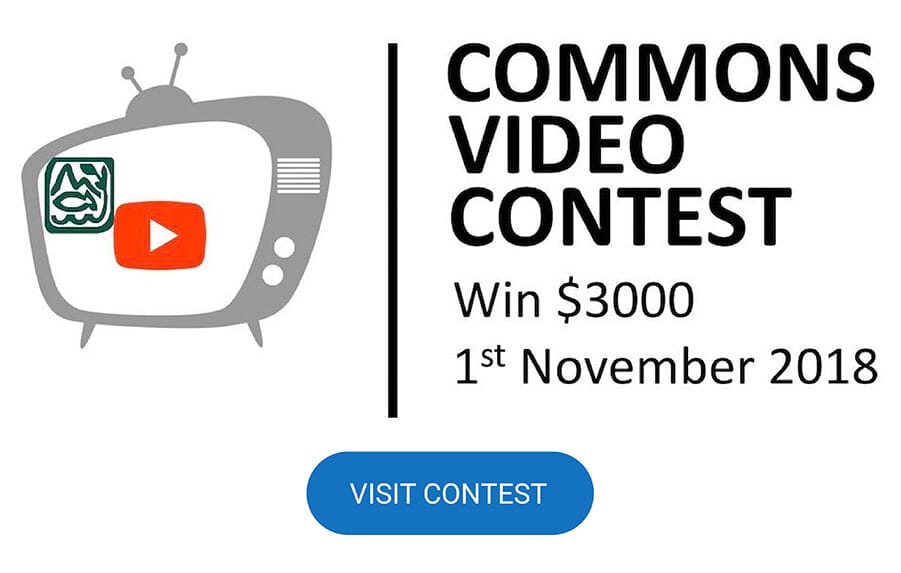 Want to communicate commons research to a wider audience and try your hand at video production? Now’s your chance! You are invited to take part in the IASC Commons Video Contest!

The year 2018 will mark fifty years since Garrett Hardin published his Tragedy of the Commons article in Science. Although Hardin discussed open and unregulated access rather than commons governance, his article helped to launch wide-ranging commons research and practice in many thematic areas, including water, forests, fisheries and marine settings, the global atmosphere, infrastructure, urban and rural areas, technology and software, and in knowledge sharing and co-production.

What has become apparent from this past half-century of scholarship, is that communities are not automatically trapped in a tragedy of the commons when they share common resources, and that there are self-organized governance of the commons is not uncommon. Hardin’s message on the need for external intervention to avoid overharvesting led to many misconceptions and ill-informed policies about shared resources. Fifty years after Hardin’s article, we have a broader perspective of the problems and solutions on the governance of the commons. In addition, analysis of large scale regional and global environmental problems through the ‘lens’ of commons governance may offer pathways to alternative solutions to some of the most intractable problems facing society today.

Unfortunately, the Tragedy of the Commons of Hardin is the only perspective that the general audience is familiar with. The appealing simplistic but incomplete perspective on the commons has had a major impact on what people perceive as solutions to overcome the tragedy of the commons. In 2009, Elinor Ostrom was rewarded a Nobel Prize in Economic Sciences for her work that provided a much broader theoretical framework of the governance of the commons. ‘There are no panaceas’ was the message of Ostrom, recognizing the complexity of social and biophysical context in the conditions for success. Despite the academic recognition of Ostrom’s work, the broader scholarship on the commons of Ostrom and her colleagues is largely unknown to the general audience. How can we communicate a more nuanced perspective of the commons?

What we’re looking for

The aim is to produce a video up-to-three minutes long to communicate commons research with the general public. Your video can include scenes of you or others out in the commons but can also contain cartoons, animations or music videos – you name it! You can address traditional commons like forests, water and fisheries, but also more recent applications such as digital commons, urban commons or cultural commons. As long as you’re explaining concepts on the governance of the commons from a broader perspective than Hardin’s “tragedy of the commons” in a language suitable for a general audience, you can be as creative as you like. Note that you do not even have to discuss Hardin, but focus on the work of other scholars in the commons literature. The contest is open to anyone, and we are welcome contributions from high school classes, NGOs, commons scholars etc.

The default language of the video is English. However, you can create the video in a different language than English. In such a case it will be important to you provide English subtitles so that the broader community can follow the video.

The call for entries is open till November 1, 2018. Video files should be sent to iasc@asu.edu by the submission deadline. Videos must be submitted in one of the file formats supported by YouTube (.MOV, .MPEG4, .AVI, .WMV, .MPEGPS .FLV, 3GPP and WebM) and be no longer than 3 minutes! The aim is to be creative, concise, and to communicate the broader scholarship on the commons effectively. Video files can be quite large, so we recommend sending them using Dropbox, WeTransfer, or an alternative file-sharing service.

The videos will be showcased during the Virtual IASC Conference that is being held November 12-30, 2018. Participants of the conference can vote for their favorite video by submitting their votes on the ballot form till November 23. The judging panel will evaluate the shortlisted videos to define the winner.

What you can win?

The winning entry will be announced at the end of the Virtual Conference and the winner will receive a USD 3,000. Up to two additional entrees may receive an honorable mention and USD 1,000. The prize money is provided by the Foundation for Scientific Symbiosis.

What are you waiting for? Take the chance to showcase how we can govern our commons and spread commons scholarship with the world!