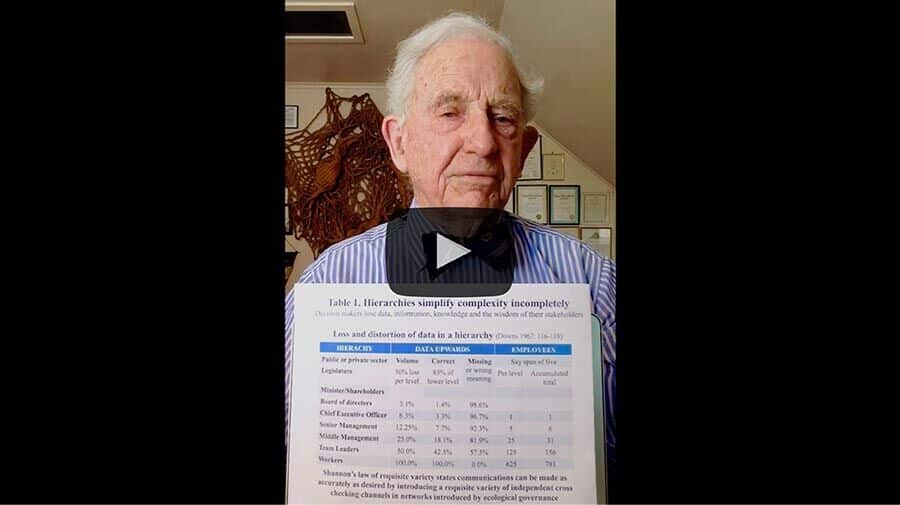 The World’s biggest investment manager proposed in his letter this year to the CEOs of his investee firms that what ever was their core purpose that: “Companies must benefit all of their stakeholders, including shareholders, employees, customers, and the communities in which they operate.” Larry Fink the co-founder of BlackRock that manages $6.4 Trillion, recognised that this would require “A new model of corporate governance” to avoid the conflict between shareholder profits and stakeholder benefits. An ecological form of governance is described to achieve this objective by firms establishing what the Ostroms describe as “polycentric compound republics”. I call it ecological because it also describes the communication and control architecture used by ants, bees and our brains. The incentive for firms to adopt it is to obtain increased efficiency and resiliency as demonstrated by the polycentric compound republics established by the nested networks of stakeholder-governed firms located around the town of Mondragon in the Spain. No changes in law need be required, only changes in corporate constitutions to introduce distributed decision making to simplify directors duties by them not possessing both the power to manage the business and the power to govern the corporation. Efficiency and inclusive stakeholder welfare is achieved by the governance architecture creating social and political markets for influence by forming competing stakeholder constituencies to contest exploitive minority elites.  Instead of creating tragedies of the commons corporations could then become a common good and further those of the environment, flora, fauna and so the planet and humanity.